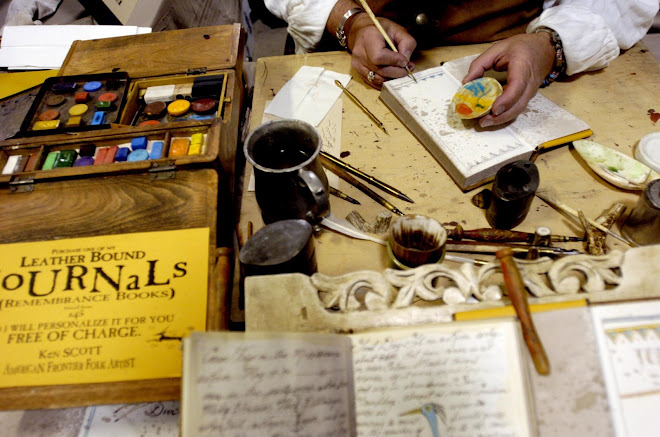 Remember the Reason We Celebrate Easter 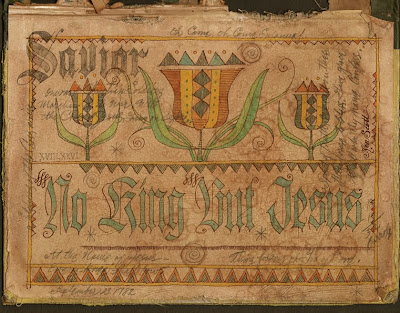 The Empty Tomb
Early on the first day of the week, while it was still dark, Mary Magdalene went to the tomb and saw that the stone has been removed from the entrance. So she cam running to Simon Peter and he other disciple, the one Jesus loved, and said "They have taken the Lord out of the tomb, and we don't know where they have put him!"
So Peter and the other disciple started for the tomb. Both were running, but the other disciple outran Peter and reached the tomb first, He bent over and looked in at the strips of linen lying there but did not go in. Then Simon Peter came along behind them and went straight into the tomb. He saw the strips of linen lying there, as well as the cloth that had been wrapped around Jesus' head. The cloth was still lying in its place, separate from the linen. Finally, the other disciple who had reached the tomb first, also went inside. He saw and believed. (They still did not understand from Scripture that Jesus has to rise from the dead.) John 20: 1-9
Posted by Ken Scott American Frontier Artist at 10:56 AM No comments:

One of the Earliest Known American Depictions of the Easter Bunny 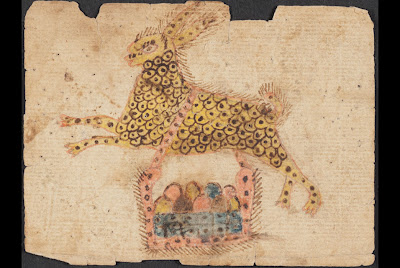 THE EASTER BUNNY
This drawing is an example of a Pennsylvania German tradition of decorated manuscripts known as fraktur.
Winterthur Museum recently acquired one of the earliest known American depictions of the Easter Bunny. Together with the Christmas tree, the custom of the Easter rabbit and colored eggs was brought to America by immigrants from southwestern Germany in the 1700s, and has become a favorite American tradition. This delightful image is attributed to schoolmaster Johann Conrad Gilbert (1734–1812), who emigrated from Germany in 1757 and ultimately settled in Berks County , Pennsylvania . He likely made the drawing as a gift for one of his students. A similar drawing, also attributed to Gilbert, is in the collection of Colonial Williamsburg.

These drawings are examples of a Pennsylvania German tradition of decorated manuscripts known as fraktur, which include birth and baptismal certificates, family records, writing samples, and bookplates. Lisa Minardi, a fraktur expert and assistant curator of the museum’s current exhibition, Paint, Pattern & People: Furniture of Southeastern Pennsylvania, 1725–1850, notes, “The Easter rabbit drawing is one of the rarest of all fraktur, with only two examples known, and is a major addition to Winterthur ’s collection.” “This important acquisition allows Winterthur to document the Germanic beginnings of a beloved American tradition,” adds J. Thomas Savage, Winterthur ’s director of museum affairs.

The drawing will be on view in the museum Galleries starting Thursday, April 21. It will remain on display through the Easter holiday and Mother’s Day, when it will be taken down and treated by the museum’s conservation staff to remove dirt and grime from the paper. Ultimately, it will be placed on long-term view in the museum’s renowned Fraktur Room, where it will join about two dozen other examples of Pennsylvania German fraktur art.
This information is from www.artdaily.org   The first art newspaper of the net.
Posted by Ken Scott American Frontier Artist at 5:05 PM No comments: 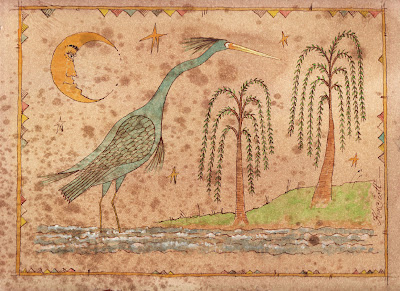 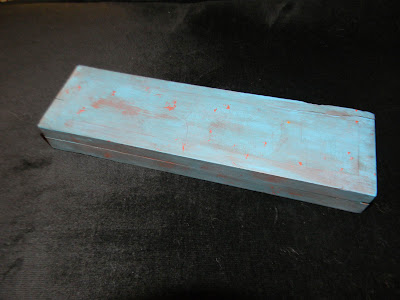 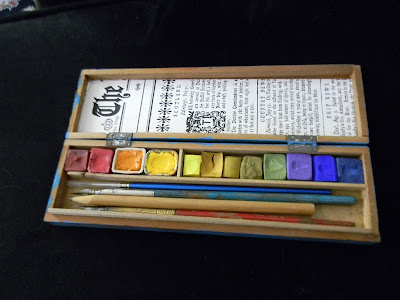 As you know, I really enjoy making  for a vintage watercolor set out of an antique wooden box or vintage tin. This Colonial blue set is one that I recently made up. It is a neat watercolor set. I added four Windsor-Newton / Cotman watercolors to complete the set, a nice brush, pencil and an antique dip pen as well as a handmade dip pen. 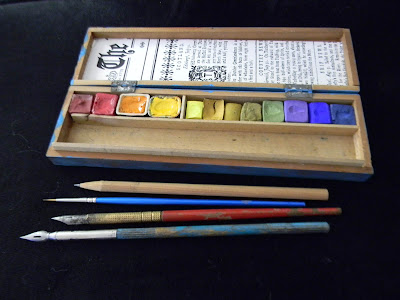 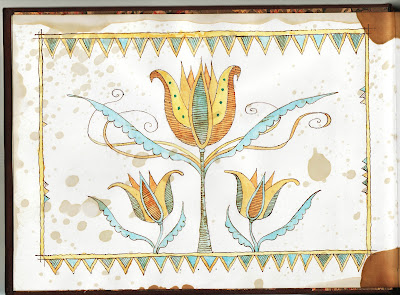 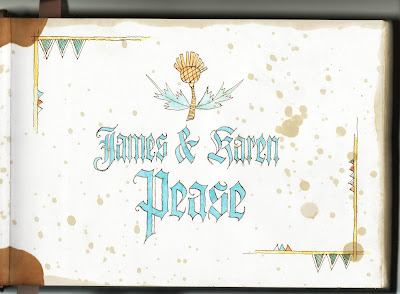 Just finished and delivered this leather bound and antiqued Reception Register for some dear friends. This is what the inside title pages look like. Opens horizontally instead of short side. Approx. 8" x 11".
Posted by Ken Scott American Frontier Artist at 11:32 AM No comments: 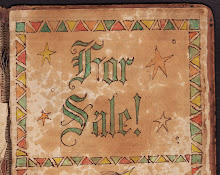 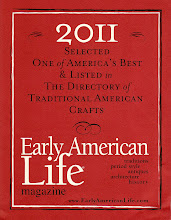 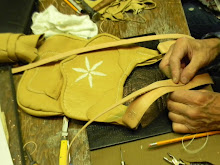 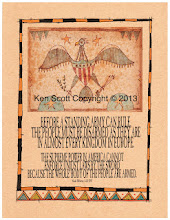 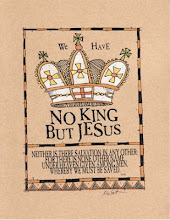 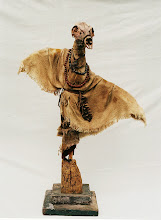 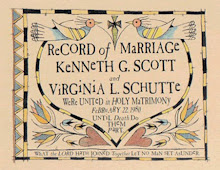 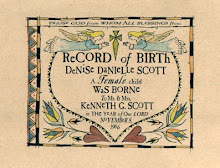 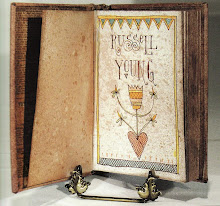 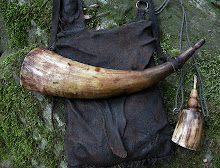